What was your favourite moment in Munich, Nicanor García?

Many influencers visit Munich every year and capture the city through an array of videos, articles and photos. In order to gain some real insight into their creative work and to find out what they love so much about Munich, we have put together a questionnaire. This time: Nicanor García, a professional photographer and architect from Spain.

I had been to Munich by chance once during a layover a couple of years ago. My hotel was in the suburbs, but at dusk I had the opportunity to go to dinner near Marienplatz. It was early February and quite cold. I knew about some of the city’s large, established companies and their really unique buildings. Despite all this, I found it difficult to construct a full vision of Munich in my mind, and my impression was very limited.

This time I visited to get to know the city, and I arrived mid-morning on a sunny day. I had already come to understand Munich better while preparing for the trip and started exploring with a more concrete idea of what I was going to find. It helped that the weather was very good every day of my week-long stay – it almost didn’t rain. I was looking forward to a city where the traditional and modern would blend naturally, the way they do in Barcelona. And that’s the way it turned out to be in Munich as well.

During the trip, I had the opportunity to visit various buildings directly linked to the culture of the city, such as museums, churches and libraries. I also got to see other places like the Olympiapark and a palace as well as some works of urban art, among others. Although all of the sites I experienced were interesting to me, I would like to highlight the two that struck me the most and that I liked. The first one is the Herz-Jesu-Kirche (church). Its modern form with great attention to detail, together with its use that maintains tradition, summarize what I understand to be Munich. The second place that impressed me, although I was familiar with it from photos and drawings, was the Olympiastadion. Its original construction, in which the structure and roof are one, along with how it is integrated into the Olympiapark seem exceptional to me.

Odeonsplatz, at the start of Ludwigstrasse, is one of the places that caught my attention, and I was surprised by the similarities it uncovered between Munich and Florence. There I discovered that Munich is often called the northernmost city of Italy. This new understanding, along with the good weather during my stay, made me feel the connection that Munich has with the Mediterranean.

What was your nicest encounter?

I loved all the museums that I had the opportunity to visit. And they were all the more enjoyable thanks to the people who welcomed me at MUCA, Bayerische Staatsbibliothek, Lenbachhaus, Pinakothek der Moderne and Haus der Kunst. Their kindness and explanations helped me understand the various site histories and points of view better.

After visiting Haus der Kunst, just next to the museum we found Eisbachwelle, a channel of the Isar river through which a wave rolls continuously and surfing is possible. It was full of fans with their surfboards, and they were riding the wave one after another. Suddenly it started pouring rain, and I returned to the Haus der Kunst to take refuge in its hall. It was a moment of contrast where contemporary art, surfing and history mixed in my thoughts.

Thanks to this trip, I was able to learn more about Munich’s place within Bavaria and its personality in Germany, its proximity to the Alps and its relationship with Italy and the Mediterranean. I also came to understand its link with Catholicism, the monks who founded the city (and inspired one of its main symbols), and its special relationship with beer.

In terms of culture, I came to recognize Munich's role in art in Europe through Franz von Lenbach, Franz Marc, and Wassily Kandinski, among others.

The scale of the city caught my attention, without very tall buildings but with a lot of life on the streets, with a lot of tourism but without crowds. At all times it felt like a safe city where tradition, industry and culture co-exist naturally.

My time in Munich led me to have a more precise awareness of how the city is part of a common European culture, as its unique position helps to connect northern and southern Europe in different ways.

You can give your community three tips for a trip to Munich – where do you tell them to go?

I would tell you that if you travel to Munich, don’t miss these three places:

Herz-Jesu-Kirche: Its clear space and attention to detail are magnetic.

Olympiapark: The park integrates the stadium naturally, as if it were part of its landscape. It is an ideal space for walking and photographing.

Lenbachhaus: The museum is formed by the former residence of Franz von Lenbach and the extension designed by Norman Foster. The union makes a very interesting building where the paintings of the Blaue Reiter stand out.

What would you like to do on your next visit?

I would like to visit some of the places I could not access on this occasion, such as the Brandhorst Museum and the Opera House. Although I really made the most of this trip, one visit is never enough to get to know a city like Munich.

And last but not least: What do you think people from Munich mean when they say “schiach”? Any ideas?

It sounds a bit like spinach! But somehow I don’t think this is the meaning of the word …

My name is Nicanor García, and I’m a photographer, although I previously worked as an architect and professor of architectural design. I specialize in photography of architecture, spaces and culture, capturing the essence of what I see. This focus makes me travel all over the world, photographing different cities and places.

Curiosity and looking inspire me as a photographer. I need to understand the place I am photographing, especially from a visual point of view. This leads me to look at and photograph a site from different angles until I understand which frames explain it best.

The main challenge of my work as a photographer is to understand and explain what I see through photography. When I achieve this goal, my photographs can facilitate other people’s understanding of a place, space or building. Somehow, through my work I try to be a filter that helps others see the world in a special way. 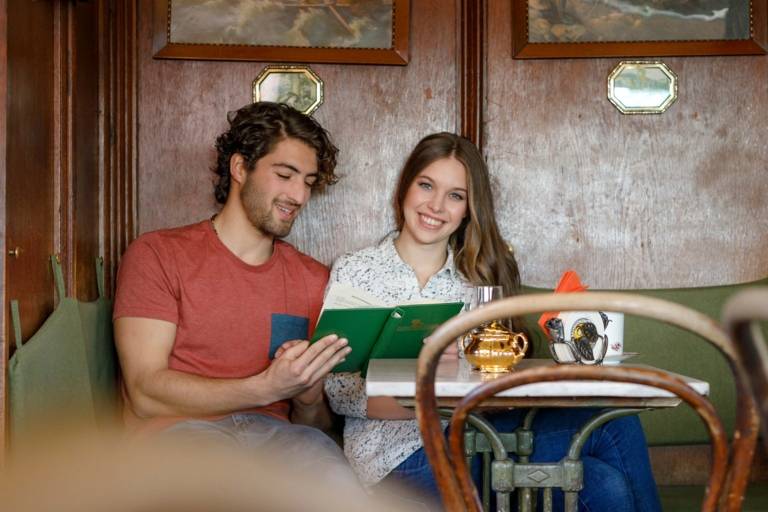