Jankers (traditional Bavarian fulled woolen jackets) are considered to be an alternative to sports jackets. Boat shoes and coloured chinos are regarded as a standard look. Lena Sämann, who is Head of Fashion at Vogue.de, finds Munich’s fashion style different to that in the rest of Germany. A discussion about expensive handbags and the city's fashion consciousness.

Ms. Sämann, if you were to be released into Munich’s city centre without knowing where you were, would you know which city you were in by the fashion style alone?

Definitely. I have frequently discussed this with my colleagues in the editorial office, and we agree: there are common features in the fashion worn by the people of Munich.

And what are they?

In the city, you will see a higher than average number of women carrying dark brown Louis Vuitton or Chloé handbags. And, of course, you will also frequently see the classic parka with a thick fur collar trimming, not only on women, but also on men. On the whole, however, the people of Munich have a subtle fashion style – unlike Berliners, for example.

“In Munich, men can wear a chic janker instead of a sports jacket. That is a completely accepted business outfit in most sectors.“

How do they dress?

Berlin’s fashion style can easily be recognised abroad. It consists of a number of vintage pieces, combinations and a lot of ‘90s fashion, and is basically more individual and more experimental. In Munich, on the other hand, the style is classic and tasteful. We could break it down as follows: a Berliner wears branded clothing ironically – a person from Munich doesn’t.

Are the people of Munich more focussed on brands than other people?

It seems to be important here to combine at least one branded accessory with your outfit. A watch, sunglasses or a handbag – or all of them together.

Munich is really close to Italy, where more bling is acceptable. Shirts are worn slightly unbuttoned, unlike in Hamburg, for example. Everything is simply more southern here. What’s more, Munich is a rich city. This is certainly also reflected in the clothing of many inhabitants.

What can be worn in Munich that wouldn’t work in other cities?

Traditional dress. This applies to both men and women. In Munich, men can wear a chic janker instead of a sports jacket. That is a completely accepted business outfit in most sectors. On Sundays, you will see a lot of people in traditional dress in the city even today – for many, the dirndl (women’s traditional Bavarian dress) is a classic Sunday best. People also wear traditional dress at weddings, and also at festivals in the surrounding area, such as the Tegernsee Forest Festival.

“We could break it down as follows: a Berliner wears branded clothing ironically – a person from Munich doesn’t.“

“Vogue” has been based in Munich since its foundation 40 years ago. Does the city’s special style have an influence on the magazine?

The fashion style does not necessarily have an influence on the magazine, but the entire city’s affinity for fashion of course does : there is a lot of fashion press here, as well as many luxury department stores and PR agencies. In Munich, we are close to the contacts that are important to us. What’s more, the large fashion houses have their stores here. Therefore, the important designers also frequently come to Munich, for example for openings. As an editorial office in Munich, we have very good access to luxury fashion.

Which Munich designers should we recognise?

In the past, there were the large fashion houses such as Escada and MCM, which were really popular in the 1980s and 1990s, including beyond the borders of the city and even outside Germany. Now, Munich is no longer necessarily the first port of call for young designers, which surely also is related to the high rents. These deter many young creative people. Yet there is a selected handful of really good designers in Munich, such as the guys behind “Kind Of Guise” or Saskia Diez with her subtle jewellery design. And the label “Gott sei Dank” makes attractive, conservative dirndls.

Could you give me some good advice: with what items of clothing can I not go wrong in Munich?

Tight jeans, a trench coat, a cashmere sweater and an expensive accessory, for example sun glasses or a handbag.  With such an outfit, you will blend in pretty well in Munich.

“Munich is really close to Italy, where more bling is acceptable.“

And, conversely, what faux pas should I avoid?

On no account should you be too casually dressed; do not wear any crop tops or sweatpants. Even on the way to the supermarket, sweatpants are conspicuous in districts such as Schwabing or Bogenhausen. The so-called ugly style, which many people wear in Berlin, does not work in Munich. Munich residents do not understand why people would deliberately dress in ugly clothing.

Could it be said that the city takes fashion quite seriously?

The people of Munich definitely do not see fashion as something to play around with. One of my colleagues in the editorial office has blue hair, for example. She herself says that she stands out everywhere in Munich. Perhaps that is why many young people in Munich wear a kind of uniform: boat shoes, polo shirt, coloured chinos. To many people, this look is certainly the embodiment of Munich’s fashion style. I think that it is supposed to underline the wearers’ self-esteem.

Are people amazed that the “Vogue” editorial office is in Munich, although the city is not exactly adventuresome when it comes to fashion?

Many automatically think that our editorial office is in Berlin because it's the capital and there are a lot of young designers there. But that is not the most important thing to us. “Vogue” is oriented more towards haute couture and the big fashion houses than towards new discoveries. In addition, the magazine landscape settled between Hamburg and Munich after the war, and “Vogue” somehow ultimately fits very well into Munich: Munich is clean and tidy, its residents blend into the cityscape. I would say that there are fewer fashion mishaps in Munich than elsewhere. 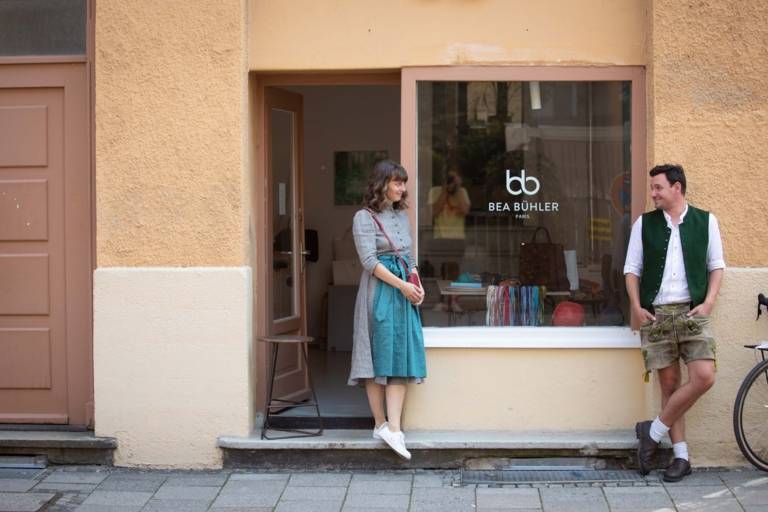 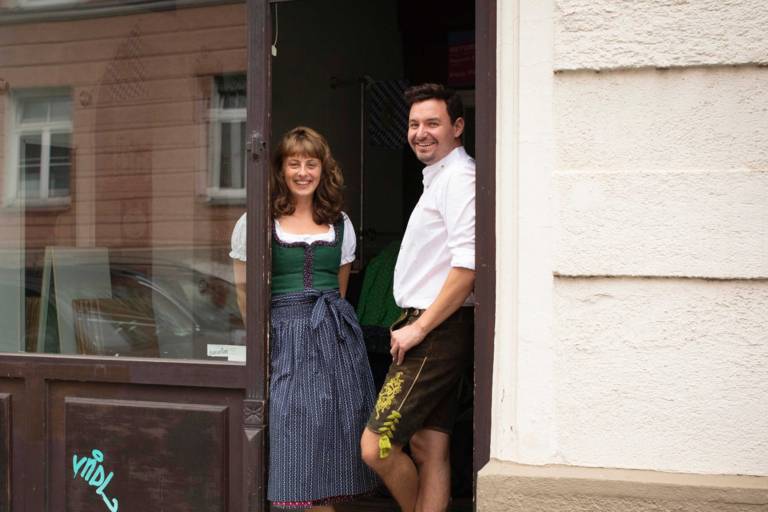 On vintage dirndls and hirschlederhosen 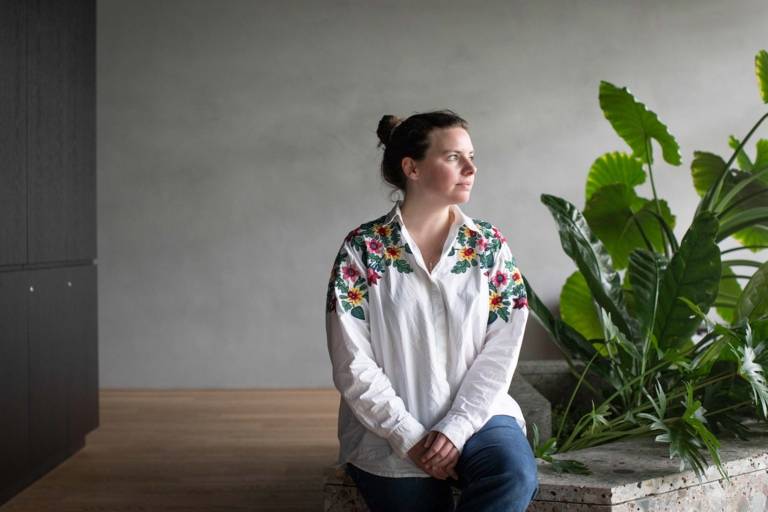 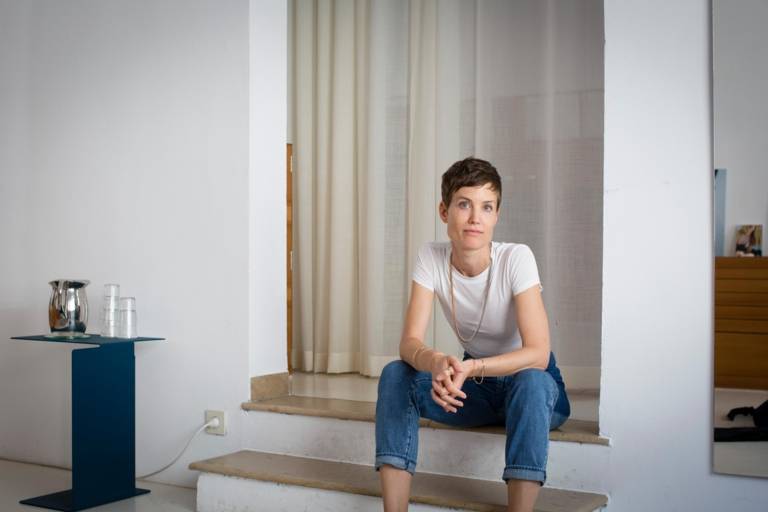