The Prinzregententheater in the Bogenhausen district is one of Munich’s largest theatres. From cabaret and concerts to opera, the theatre hosts a diverse range of events.

You don’t have to worry too much about selecting the right seat when you purchase your ticket, as Prinzregententheater is famous for providing guests with a perfect view of the stage from every seat. The auditorium in the Großes Haus (Big Building) rises like an amphitheatre and is popular for its outstanding acoustics. Architecturally, the theatre on Prinzregentenplatz square is known for its distinctive combination of art nouveau and classical elements, a theme which continues inside.

The Prinzregententheater was built by Max Littmann between 1900 and 1901, opening in August of that year. The architect, who had already designed the Hofbräuhaus and some of Munich’s other magnificent structures, based his design for the Prinzregententheater on the Richard-Wagner-Festspielhaus (Richard Wagner Festival Theatre) in Bayreuth. The building has since been used for a variety of purposes, such as hosting the Richard Wagner festival in the summer months and becoming the main home of the Bavarian state theatre company between 1919 and 1944.

Between 1944 and 1963, it housed the Bayerische Staatsoper (Bavarian State Opera), whose home in the Nationaltheater on Max-Joseph-Platz had been destroyed by bombing. The Prinzregententheater on the other hand survived the Second World War relatively unscathed, but was forced to close in 1963 as it fell into disrepair.

It took over 25 years for the theatre to open its doors again in 1988 when a campaign led by August Everding and private donations enabled partial repairs to be performed on the building. Nevertheless, the stage consisted solely of a small temporary platform until 1996.

Since 1993, the Prinzregententheater has been home to the Bayerische Theaterakademie August Everding, a theatre academy that runs a number of courses in subjects like acting, musical theatre, opera, directing, script writing and stage design. Student productions are performed on the stage in the Großes Haus, in the Akademietheater and in the Akademiestudio at the back of the Prinzregententheater.

Since 30 May, holidays in Munich are finally possible again! Hotels and guesthouses can welcome guests again, museums and galleries are open, guided tours are possible, and gastronomy is allowed to serve guests inside and outside. Strict hygiene regulations apply to all attractions and service providers. All important information about the coronavirus and your stay in Munich can be found here. See you soon in Munich!

Theatre, opera, musical: Munich's most important stages at a glance.

What we're missing – and what we look forward to 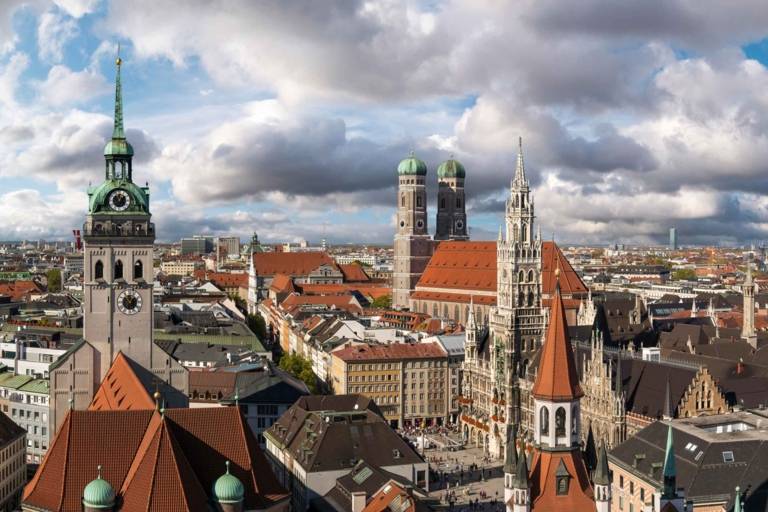