As expected, the tourism figures for 2020 are downbeat. Coronavirus restrictions affecting travel, accommodation and public life led to a dramatic decline in tourism, with commercial accommodation providers registering a total of 2.99 million arrivals (previous year 8.75 million).

These arrivals generated 7.03 million overnight stays (previous year 18.29 million); this represents a 65.8% decrease in arrivals and a 61.5% decrease in overnight stays. “The figures are undeniably dramatic,” emphasises Clemens Baumgärtner, Head of the Department of Labour and Economic Development of the State Capital of Munich. “The extent to which tourism usually represents a mighty economic force has been made painfully clear by these losses.”

Munich has historically been very popular internationally as a city destination: before the coronavirus crisis, the city attracted almost equal numbers of visitors from inside and outside Germany. The city usually attracts an above-average volume of foreign visitors from overseas markets, and this share collapsed almost entirely in 2020. Previously, business travellers could also be expected in large numbers. As such, tourism in Munich was hit significantly harder by the pandemic than rural destinations and cities which are visited predominantly by Germans and leisure tourists. Demand for city breaks in general was hit by a massive slump.

The figures are undeniably dramatic. The extent to which tourism usually represents a mighty economic force has been made painfully clear by these losses.

While normal arrival numbers and even slight growth were recorded in the first two months of 2020, the impact of the pandemic started to become apparent from the end of February, with massive reverberations arising from mid-March onwards.

A recovery phase began when the hotel industry reopened to tourists on 31 May 2020. For a few weeks, Munich succeeded in motivating a certain amount of willing citybreak travellers to visit Munich – indeed, these efforts were more successful in Munich than most other German cities. As expected, the fastest recovery was seen in relation to guests from within the country. But even during the recovery phase, figures remained far behind those from the previous year and could not sufficiently secure economic stability in the tourism industry.

Overall, the domestic tourism market was least severely affected, with 4.81 million overnight stays recorded in 2020 (-49.3%).
Market conditions were completely transformed as a result of the pandemic and its associated effects. For example, the DACH markets (Germany, Austria and Switzerland) made up around 74% of overnight stays in 2020 (2019: around 57%).

During the brief summer opening phase, there was a slight revival in the European source markets, but this also dropped almost to nothing with the second lockdown. Visitors from Europe were responsible for 1.64 million overnight stays in total in the last year (-66.8%).

Decline in the overseas markets was even more decisive, with the slump persisting even during the recovery phase.
Tourism service providers in Munich had to almost entirely forgo visitors from the USA (-88.1% overnight stays), the Arab Gulf states (-85.9% overnight stays) and China (-87.8% overnight stays) in 2020.

In coordination with Tourismus Initiative München e.V. (TIM), the Department for Labour and Economic Development drew up and approved a recovery strategy with a view to promoting tourism and the events industry. This action meant that as soon as the reopening of travel was announced, it was possible to react immediately and with no significant delay.
Promotional activities were initially geared towards addressing guests ranging from the Munich metropolitan area to the entire German-speaking market. The “Summer in the City” programme offered travel incentives for day-trippers and other holidaymakers visiting the area around Munich.

München Tourismus is forecasting a restrained rise in tourist figures during the first phase of the easing of restrictions in 2021. Munich can expect to experience moderate demand as soon as significant vaccination cover is achieved and further restrictions have been eased in all areas which are relevant for tourism. All indicators suggest that the leisure sector will recover more quickly than tourism related to business travel.

Tourism in Munich will recover. People still want to travel. And what city destination is better able than Munich to give people the inspiration and motivation they seek as well as offering great opportunities for relaxation?

Overall, if the pandemic situation allows, it can be expected that summer 2021 will see holidaymakers largely opting for relaxing holidays featuring the beach, the sun and the sea, and that fewer people will be booking city breaks.
Experts expect that the VFR (Visiting Friends and Relatives) travel sector will be the fastest to recover, and cities will benefit from this.

The domestic market will remain the most important travel market for Munich in 2021, followed by Austria and Switzerland. A recovery can be expected from summer onwards in some foreign markets, e.g. the Arab Gulf states and the USA, as vaccination of the population is already well-advanced in these countries. Overall though, tourism in 2021 will continue to be significantly below 2019 levels.

These estimates are subject to the proviso that it is not possible to anticipate how infection rates will develop in the medium term. “Tourism in Munich will recover,” Baumgärtner says confidently.

“People still want to travel. And what city destination is better able than Munich to give people the inspiration and motivation they seek as well as offering great opportunities for relaxation?”

München Tourismus is the city’s central tourist organisation and is part of the City of Munich’s Department of Labour and Economic Development. München Tourismus works with its business partners in the private sector and the tourist organisation München TIM e.V. to develop marketing and PR campaigns and tourism products in a bid to establish Munich as a destination on the international travel market. The strategy for achieving this aim is defined by the Tourismuskommission München, a joint undertaking between the city council and the local tourist industry.

Printable photos for tourism reporting about Munich are available for download at www.munich.travel/film-and-photo-service 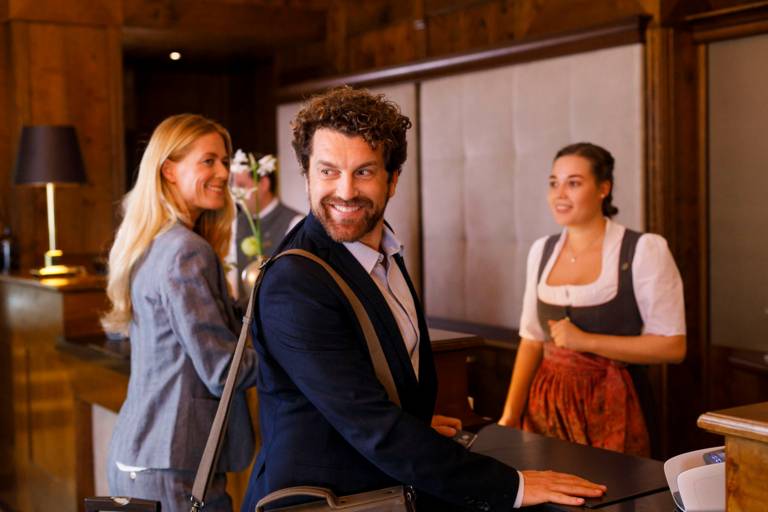 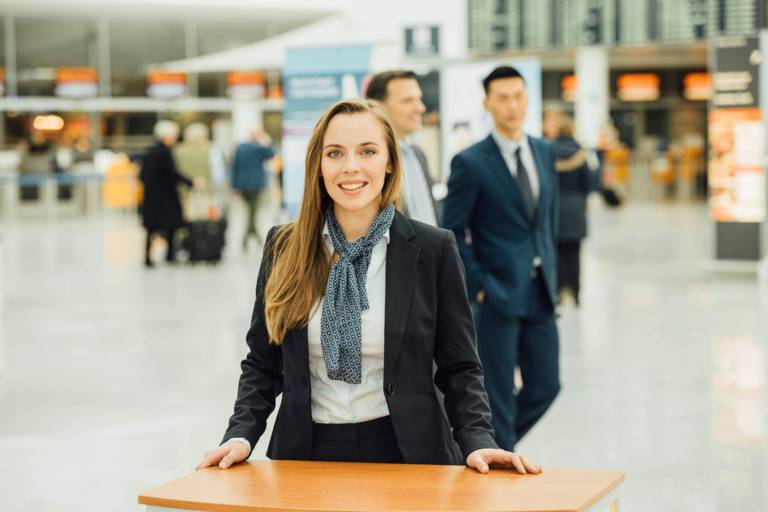 How to get to Munich 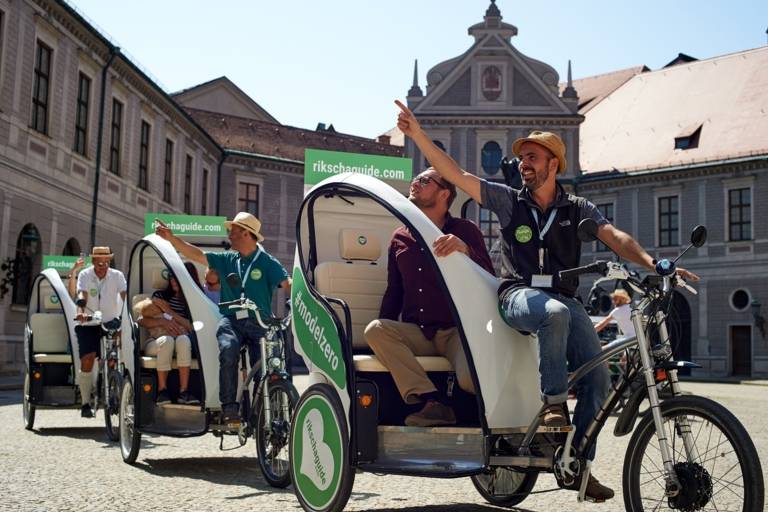 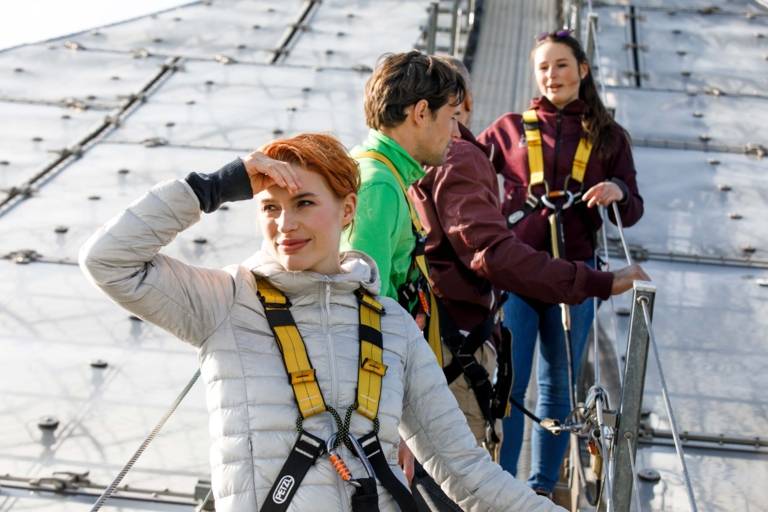 Unexpected things to do 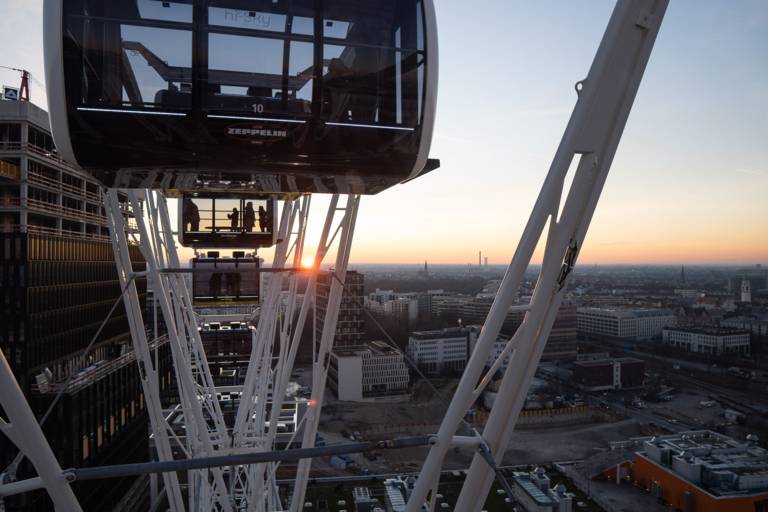 New attractions in the city

Information about Munich for visiting professionals.