With his unusual lamps and lighting systems for residential spaces, buildings and public areas, Ingo Maurer has touched people throughout his life. The exhibition in the Neue Sammlung at the Pinakothek der Moderne, which runs until autumn 2020, showcases the lifework of the lighting artist who passed away in October 2019. In conversation with Xenia Riemann-Tyroller, curator of the exhibition 'Ingo Maurer intim. Design or What?'

Ms Riemann-Tyroller, getting the right lighting is one of the most difficult things in home design. What would Ingo Maurer have advised?

He would have advised not suspending the lights, but placing them on the floor: Light from below. A lot of people are familiar with a central ceiling light that's quite the opposite of homely. Home experts generally recommend decentralised light sources. Ingo Maurer goes a step further by positioning lights on the floor.

For a long time, an Ingo Maurer lamp from the 'Uchiwa series' languished completely unnoticed in the teen bedroom of my partner. This early seventies lamp is probably worth something now, isn't it?

It depends on the lamp model. It dates back to the phase in the 1970s when Ingo Maurer was experimenting with fans from Japan. He got them from a very specific region of Shikoku island, and from various Uchiwa masters. He repurposed them and turned them into lampshades. You can only get these fans from vintage markets now, so this lamp is certainly something unusual and precious.

A lot of Ingo Maurer lamps are inspired by his travels in Japan ...

Yes, he spent a lot of time in Japan, and studied the people and their craft techniques. He also discovered a special type of paper: Japan paper. Working with the textile designer Dagmar Mombach, who found a way of pleating the paper, Maurer used it to create his 'MaMo Nouchies' series of lamps. The name includes the initial letters of both their surnames. Maurer was very creative in coming up with names for his lights.

The exhibition, which Maurer himself collaborated widely on, is called 'Ingo Maurer intim. Design or what?' What does the word 'intim' refer to?

On the one hand, the exhibition offers a personal view of Ingo Maurer at work. On the other hand, it's a play on words. 'Intim' also means 'as a team' and refers to the fact that Maurer created his lamps in close collaboration with his staff. Representatives from different professions work hand-in-hand in Maurer's so-called 'Designerei'. They include physicists, set designers, as well as industrial designers.

What is the approach to work at the 'Designerei'?

Ingo Maurer saw himself more as a lighting creator, and less as a designer. He was not at all about mass and industrial scale manufacturing. The word 'Designerei' itself sounds like craftsmanship. His art has a lot to do with materiality, with hands-on and with experimenting. The tables in the Designerei are laden with all sorts of different materials.
Barbies hang from the ceiling, there are branches, various bits of paper, metals, small technical and electronic components that someone has found somewhere or picked up at trade fairs. And in the midst of it all would be Ingo Maurer in constant exchange with his team.

He once said that impatience was his best quality …

That can be seen as completely positive. I found Ingo Maurer to an unbelievably charismatic human being. He paid great attention to the world round him, allowed things to take effect on him, analysed things ... that's what was so special about him – that he could read see things in something seemingly irrelevant. He often already had the finished lamp in his mind, and had to clearly explain his vision to his team. He liked to sketch his ideas on napkins, and then wanted it turned into a model quickly. His artistic restlessness infected the team, they would get swept along, and everyone tried to get as close as possible to his idea. Sometimes, his solutions seemed perfect already. Then Ingo Maurer would come along and add something, and say it was better now. And it always was. He relied on his intuition. he always went that bit further in his thinking. Ideas came to him in every situation.

Yes, exactly. This light object was created as part of a public space project. Ingo Maurer didn't just create lights for homes. As part of this, natural sponges had to be died blue. To do this, the staff wore glove that turned blue when they immersed in the dye. Someone hung them up to dry.
And seeing them there on the line, Ingo Maurer apparently thought to himself: "Wow, add a few light bulbs and that would make a great light!" The result is on show in the exhibition: A royal blue glove with light bulbs on each finger hanging from the wall by a single nail. The light is called 'Luzy on the Wall' that someone who hung the gloves up was called Luzy.

Or the story of the Mozzkito?

Yes, he got the idea of turning a spherical tea strainer into a lamp while sitting in a hot bath at home while he was ill and had made himself some tea using this very tea strainer. There's actually a story like that behind every lamp.

What was the thinking behind the choice of lights to include in the exhibition?

We of course wanted to create an overview of his life's work. You have to remember that Ingo Maurer started designing lights when was 30, and lived to the age of 87. He himself wasn't interested in looking back or retrospective, he was full of ideas and drive, so we avoided terms like these. Unfortunately, he died shortly before the exhibition opened. In terms of content, on the one hand we have included lights that document his lifelong love of the light bulb, and on the other there are lights that show his unique way of tackling new technologies such as halogen, LED and OLED from a design perspective.

Which light would you take with from the exhibition?

Good question! I think I am a fan of LED candles. I find it really exciting how analogue candlelight has been digitalised here using LED technology. The LEDs get different levels of power so that the brightest part of the flame really is lighter - like a real candle – and the edge of the fame, which gets less power, is darker. The imitation is unbelievably realistic.

What makes this exhibition unmissable?

I think the exhibition is something quite special because the Neue Sammlung is for the first time dedicated to the subject of light. So not just lighting design, but specifically the design of light. Ingo Maurer wanted his light creations to bring people happiness and well-being. He was convinced that poor light makes people unhappy. His lights are all unbelievably varied, but each one has its own character, its own personality almost. Yet they all bear his signature: They touch us, and sometimes even smile at us. That is what visitors to the exhibition feel very strongly.

Many thanks for the interview!

The 'Ingo Maurer intim. Design or what?' exhibition at the Pinakothek der Moderne runs until 18th October 2020. Light object and installations by Ingo Maurer can also be found in many other spots in Munich.

From 27th March 2020 the parallel programme to the exhibition will offer guided city walks in the footsteps of the lighting artist, with members of Ingo Maurer's team. 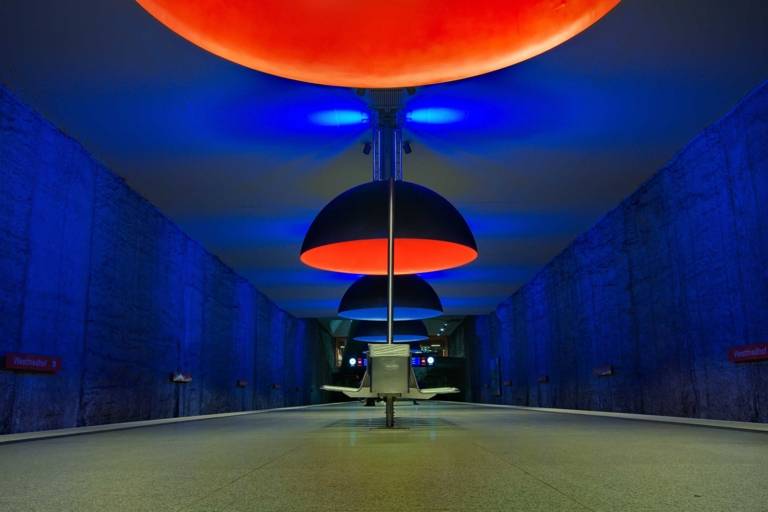 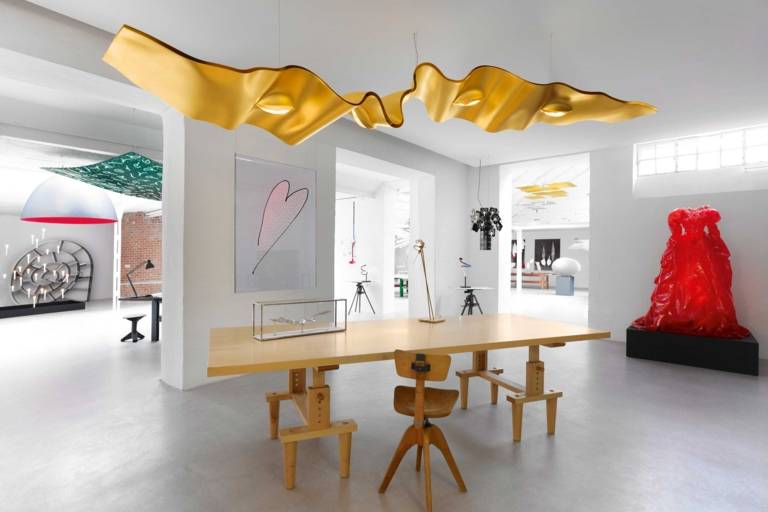 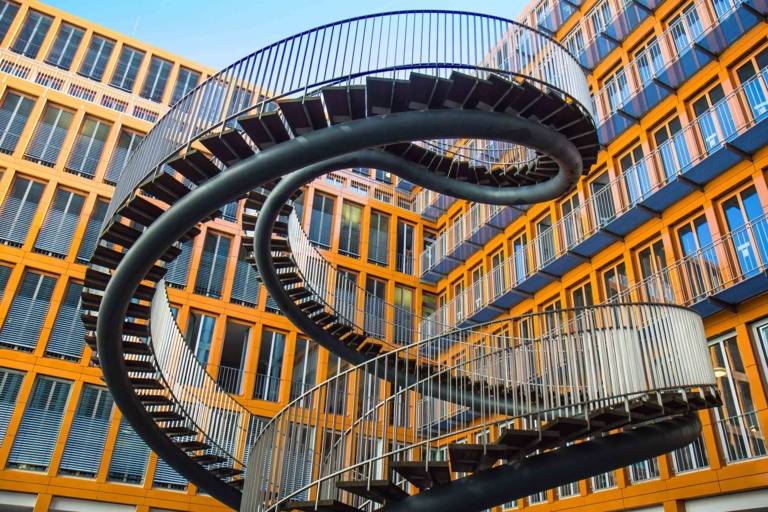 Playing with the elements

A discussion about Munich's fashion consciousness.